Ben Affleck stopped to sign a few autographs and pose on the red carpet at a screening of his new movie, The Company Men in NYC last night. The film's official theatrical release was moved to late January, but his promotional appearances were already set into motion for the scheduled date of Dec. 10. Ben took off from LA last Friday, leaving Jennifer to watch over Violet and Seraphina and their adorable afternoon meeting animals and playing at the market. Ben's name is starting to come up in award season talk for his turn as a director for The Town, but first up he's big in our Best of 2010 coverage. Ben is up for sexiest male star and best beard, while his Handsome Men Club appearance made our top TV moments. 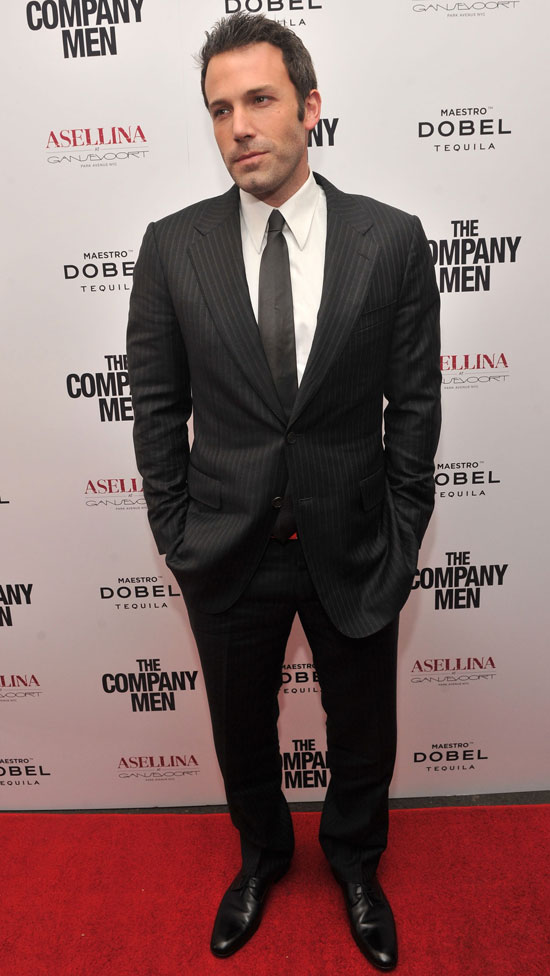 To see more photos of Ben at the NYC premiere, just read more.

PDA
J Lo and Ben Affleck Re-Created Their Famous Yacht PDA, and They Have to Be Trolling Us Now, Right?
by Grayson Gilcrease 3 days ago