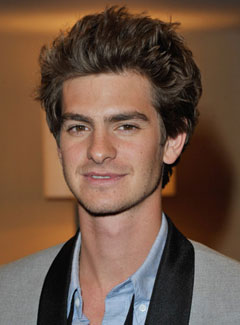 After months of speculation, Andrew Garfield has been chosen to star in the new Spider-Man reboot, which follows Peter Parker in his younger years.

When Buzz polled you, Andrew wasn't your top choice for the role, but this British actor has a very bright future ahead. He was fantastic in Boy A, you can watch him in the trailer for Never Let Me Go, and will also star in The Social Network.

What do you think of the new British Spider-Man?