Britney Spears continued her holiday in Hawaii over the weekend, with her man Jason Trawick. She looked hot in her blue bikini as she chilled in a cabana with shirtless Jason, and she's also shown off yellow and pink bikinis in the sun. PopUS caught up with the Glee cast at the Emmys, and they seemed so excited for the Britney episode to air — Jane Lynch said she was ignorant of her music before and now she "just loves it". 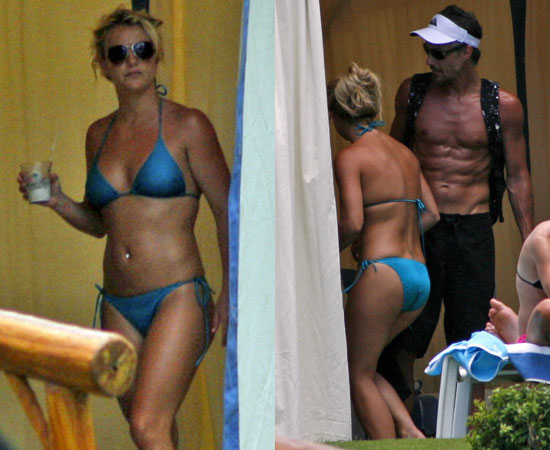