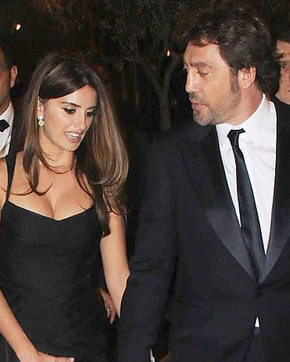 Penelope Cruz and Javier Bardem tied the knot earlier this month, her rep confirmed to People. Apparently the two said their "I Dos" at a friend's house in the Bahamas surrounded by just a few of their closest friends and family. The bride wore John Galliano.

There have been rumours the two were engaged since last year and apparently they already took the next step, joining Emily Blunt and John Krasinski to have July 2010 as their anniversary.

Penelope and Javier were recently spotted at Cannes and then frolicking on the beach in Hawaii where she's filming Pirates of the Caribbean 4 — they traded one sandy location for another to tie the knot. Congrats to Penelope and Javier!