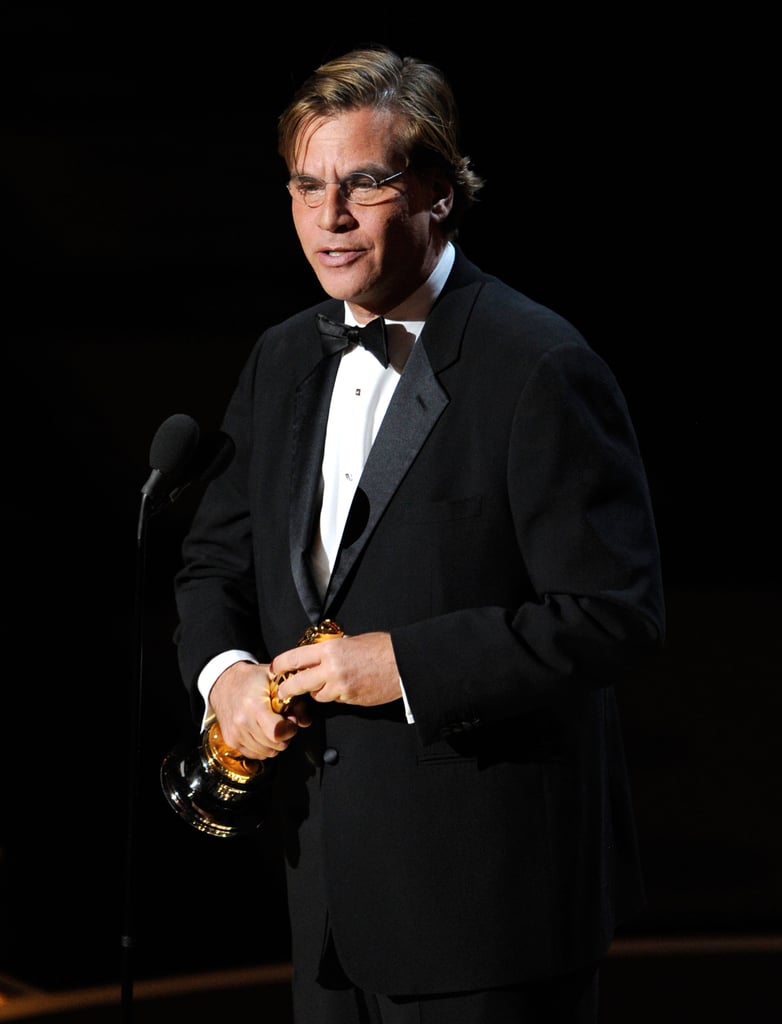 Aaron Sorkin has been picking up accolades throughout award season for his adapted screenplay for The Social Network, and he completed his run with an Oscar win last night. Back in the press room, the screenwriter talked about his next project, the power of the Internet, and why he has to give proper credit to Mark Zuckerberg.