Robert Pattinson, Kristen Stewart and Taylor Lautner look like they had a blast with Oprah Winfrey in this sneak peek. The special Eclipse episode airs in the US on Thursday: watch the trailer after the jump! We saw Robert and Kristen together at LAX following their trip to Chicago, where the Twilight gang also visited fans. We've heard rumours of relationship secrets revealed backstage, and I'm excited to see them on screen on the 13th. The show airs on Robert's 24th birthday, so stay tuned for our special coverage of the Brit's big day. 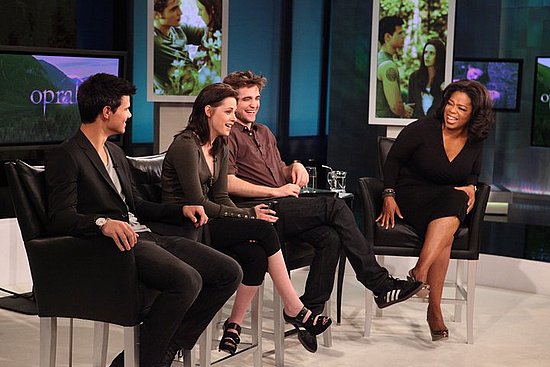 To watch the trailer for the Oprah show featuring Rob, Kristen and Taylor, read more.