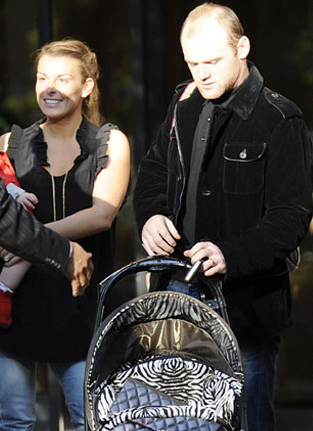 Jennifer said she spent seven nights over four months with Wayne Rooney, starting in June last year when she met him at the Manchester 235 Casino, five months before Coleen gave birth to Kai.

Wayne's lawyers reportedly tried to fight the revelations, but since he admitted visiting prostitutes in 2004, it was decided they were indefensible. Of that time, Coleen wrote in her autobiography:

"The truth is, and I've never said this before, at that time in our relationship I'd never even slept with Wayne. I was only 16 and we weren't having that kind of relationship at that stage. We used to meet at the chippy or the cinema."

The England team are due to fly to Switzerland for a Euro 2012 qualifier and at this stage Wayne's still set to go with the rest of the squad tomorrow.