Last night's Grammys in LA was a star-studded production from start to finish! The celebs went from posing on the red carpet into the Staples Center, where Jennifer Hudson, Christina Aguilera, and Florence Welch participated in an all-female tribute to Aretha Franklin. Aretha herself said thank you via satellite, then Christina and her gang presented an early award for best pop duo or group award to Train. Lady Gaga emerged from her attention-getting egg to take the stage with a troupe of latex-clad dancers to sing her brand-new single "Born This Way" — what do you think of her rendition? Muse was next up to perform "Uprising" with a gang of vandals, and Justin Bieber nearly brought the house down doing a medley with Jaden Smith and Usher. Jaden's parents Will and Jada were the most enthusiastic fans in the crowd, leaping to their feet in order to give a standing ovation. 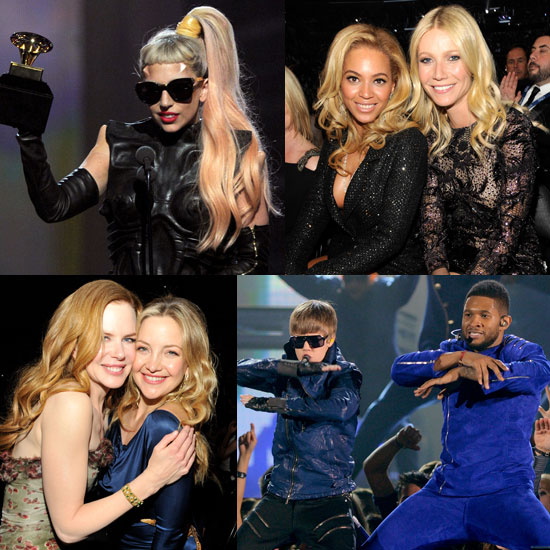 The best rock album of the year award went to Muse for The Resistance, and after giving a baby bump-revealing Kate Hudson a kiss, Matt Bellamy bounded to the stage to say, "a special thanks to my beautiful pregnant girlfriend over there!" Lady Antebellum took home top honours for their country record, and then a rather colorfully dressed Cee Lo Green appeared in feathers and with puppets to sing "Forget You" alongside a Tracy Anderson-toned Gwyneth Paltrow. Gwyneth went with the feather theme with a pair of pink earrings, but the real head-turner was her skin tight catsuit. Katy Perry sweetly incorporated images from her wedding in India with husband Russell Brand before segueing into dance mode with a snippet of "Teenage Dream," which had even Nicole Kidman bopping her head in the audience! John Mayer, Norah Jones, and Nicole's husband Keith Urban were next up to do a rendition of Dolly Parton's "Jolene," and the collaborations kept coming from Rihanna with both Eminem and Drake. Esperanza Spalding pulled off an upset in the best new artist category defeating big names like Florence and the Machine and Justin Bieber, while Lady Antebellum accomplished a similar feat taking home best record of the year for "Need You Now." Arcade Fire was the big winner with a best album nod for The Suburbs — check out all honourees over on Buzz! 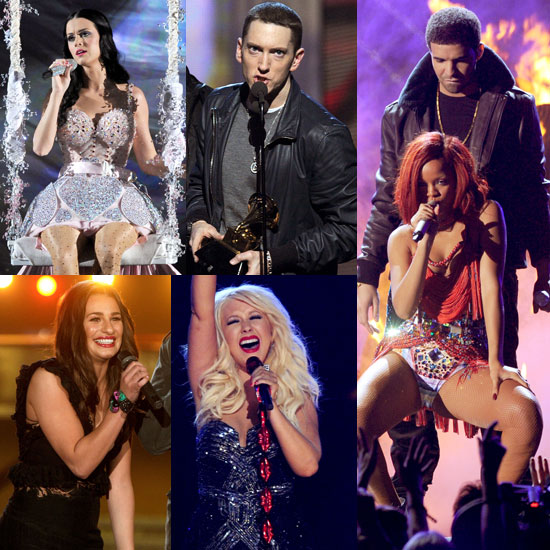 To see LOTS of pictures from the show read more. 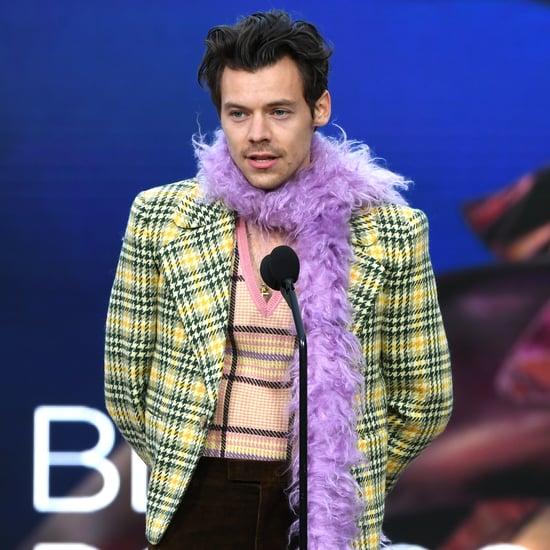