Aaron Johnson and James McAvoy were out with Claudia Schiffer's hubby Matthew Vaughn in London earlier this week, days after Claudia gave birth to a baby girl, their third child. Matthew directed Aaron in Kick-Ass, and James' wife Anne-Marie Duff starred alongside Aaron in Nowhere Boy. All three men will have children close in age before the Summer is out, as Anne-Marie announced she was pregnant at the end of January, not long after Aaron and Sam Taylor-Wood announced they're expecting their first child. 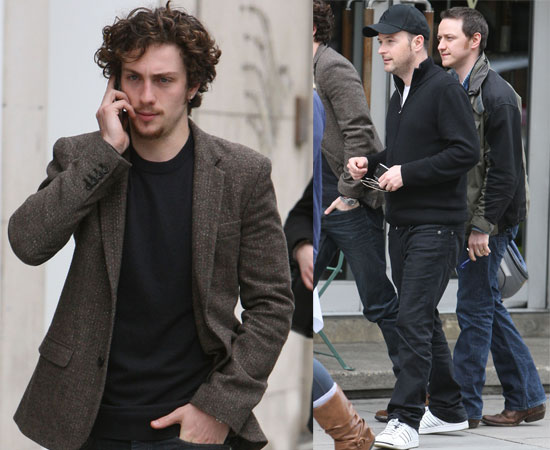