Sam Taylor-Wood and Aaron Johnson were in LA for a screening of Nowhere Boy last night. The film opens in selected cities on Oct. 15, and the engaged couple have been to New York and Toronto to screen the film before LA and then going onto San Diego this coming weekend. Kate Beckinsale and her husband Len Wiseman also attended the movie premiere last night, and they were treated to a performance by The Quarrymen — the band John Lennon formed when he was at school. Aaron and Sam have their baby daughter Wylda with them as they tour the States, and while promoting the movie Aaron has also spoken about the possibility of a sequel to Kick-Ass, saying it's definitely happening but it could be a long wait. 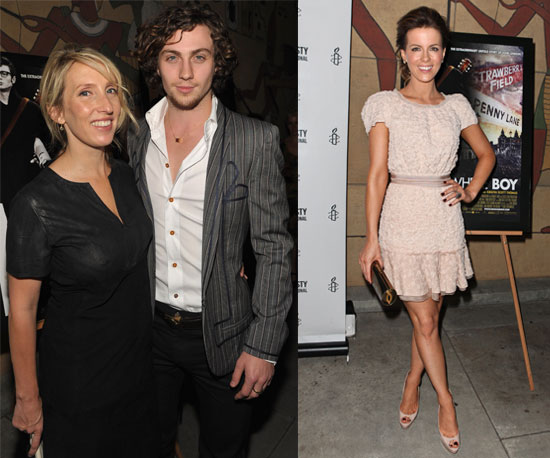