Aaron Johnson and Sam Taylor-Wood stayed close at Nowhere Boy's premiere in NYC last night. They were joined by Yoko Ono, Ethan Hawke and Kristin Scott Thomas, having brought Wylda Rae to the US too. The couple have been enjoying relaxing strolls in the park and low-key nights out since the birth of their daughter in July. They also got dressed up to attend the GQ Men of the Year Awards, where Aaron was named most stylish man. 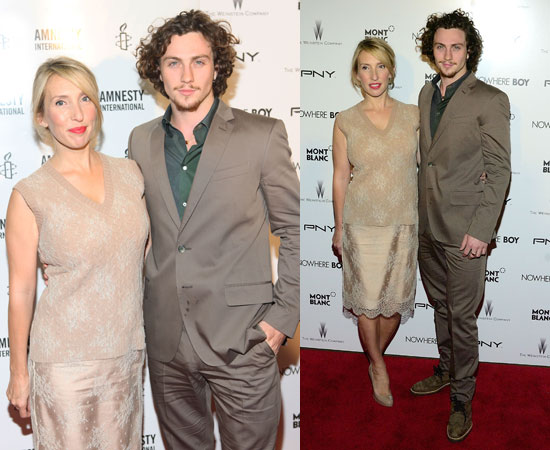