Abbey Clancy was spotted at Heathrow airport on Saturday, the day before allegations her fiance Peter Crouch slept with a prostitute in July were published in a Sunday paper. Peter was on a stag weekend in Madrid with friends when it reportedly happened on July 17th, he paid £800 to see 19-year-old Monica Mint twice, days after Peter and Abbey were spotted looking happy together on holiday. Abbey was still wearing her engagement ring on Sunday in Manchester, where she's filming Great British Hairdresser with James Brown, but she was apparently "angry and humiliated" when she called Peter to shout at him, and is expected to return to their Surrey home to discuss it. 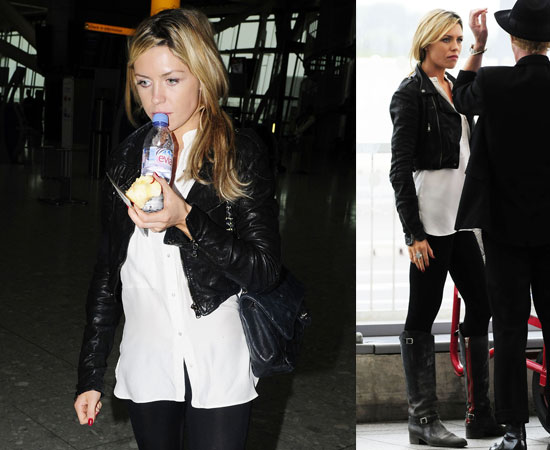