Abbey Clancy left ITV Studios yesterday looking chic in a stripy minidress after appearing on This Morning to host a style segment on jeans. FabUK has all the details on how to get Abbey's look. She seemed rather taken with the shirtless male model during the show, and her engagement ring still wasn't back on her finger after photos were published with claims that Peter Crouch allegedly cheated on her. She told host Eamonn Holmes "I could do with a laugh — I need one!" as he offered to show her a picture of himself in flares during the 70s. 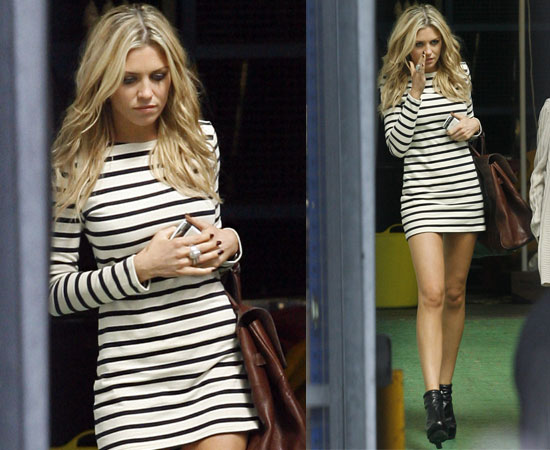