Agyness Deyn may have been basking in the sunshine on Primrose Hill at the weekend, but yesterday she was back across the pond in New York. She attended Mulberry's Glastonbury: Another Stage book launch at Milk Studios, and mingled with celebs including Meryl Streep's daughter Mamie Gummer and Kelis, who performed at the party. Leigh Lezark looked chic in her black top and bright blue skirt, while Michelle Trachtenberg wore a shirt in the same print as Mamie's dress, following her fun night at the Sex and the City 2 premiere. 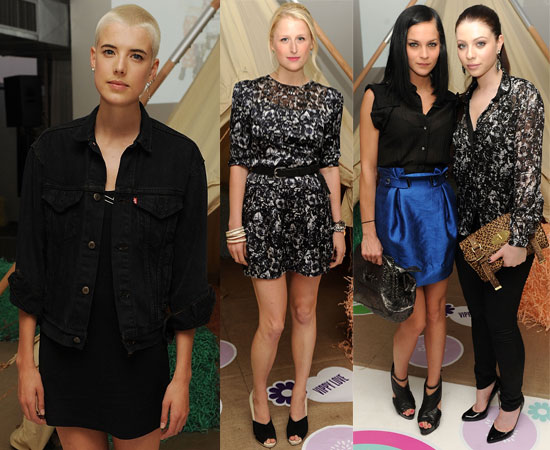