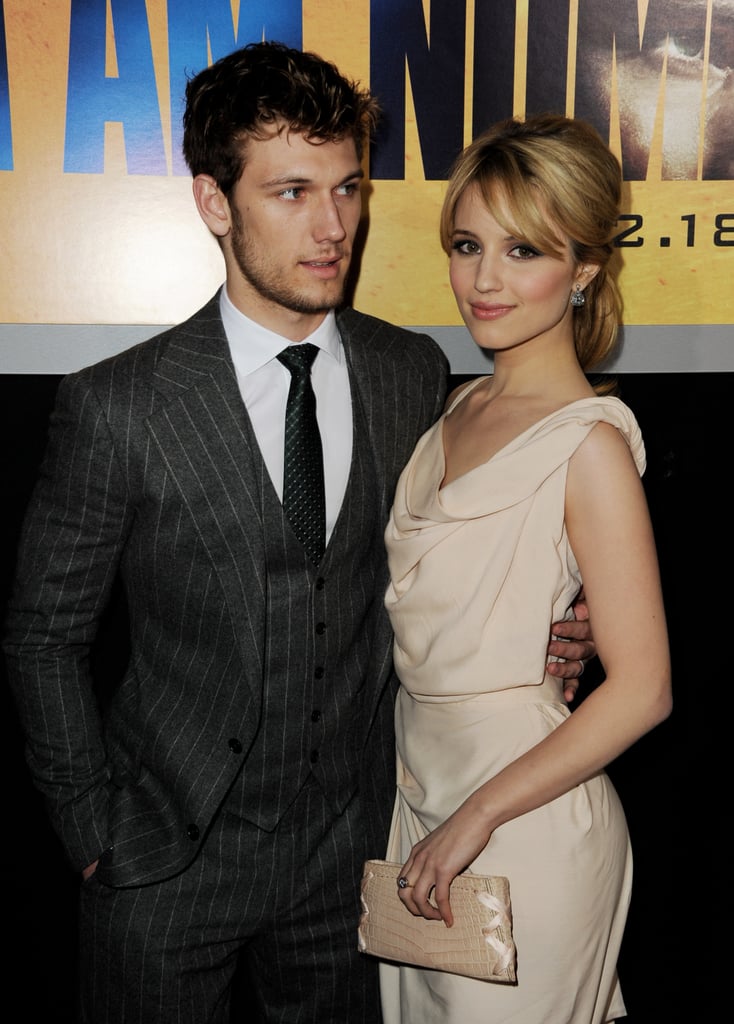 I Am Number Four's Alex Pettyfer and Dianna Agron walked the red carpet Wednesday at their LA premiere with Teresa Palmer. Alex shows off both his acting chops and abs in the movie, and he also gave fans a peek at his shirtless physique on his recent stop by The Ellen DeGeneres Show. He and Teresa are fresh from a London screening of the film, which Dianna missed since she had to attend the SAG Awards with the cast of Glee. Alex and Dianna, who are a real-life item, showed off their chemistry as they posed for pictures together. Their romance apparently blossomed on the set, and another actor from their project, Callan McAuliffe, says he thinks their love will last.