Last night, Donatella Versace hosted a star-studded party in London to launch a fund to help raise money for the new Central Saint Martins campus in Kings Cross. Alexa Chung attended in a white dress, carrying her familiar Mulberry Roxanne bag, and sat laughing with pals Daisy Lowe and Poppy Delevigne later in the evening. Mad Men's January Jones looked gorgeous with her hair up, in a chic black dress, and posed with Dominic Cooper who looked dashing in his suit. Noisettes' Shingai Shoniwa changed as she and Daisy wore the same dress! 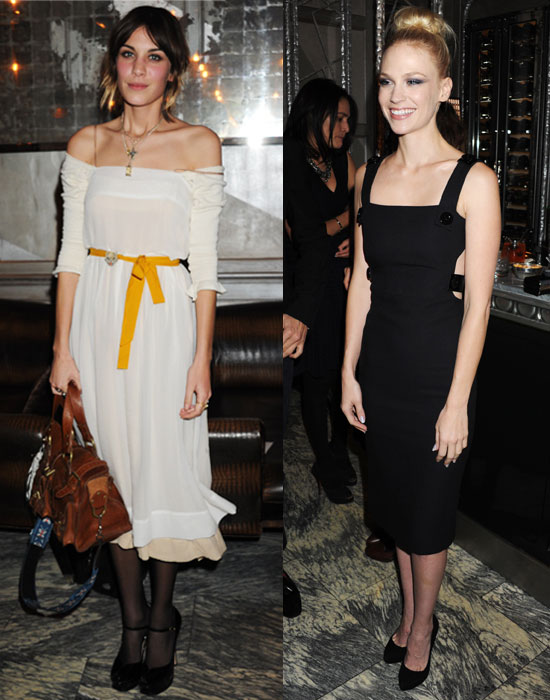 To see more photos of all the guests, including Shingai, Dominic, Daisy and Pixie Lott, just read more.