Kirsten Dunst treated herself to a movie at LA's Arclight Cinemas on Thursday afternoon. The actress took in a film during a break from promoting one of her own — she's been busy this week doing press for her upcoming All Good Things. Kirsten told us all about the challenges she and Ryan Gosling faced in their roles, and there's more to come from our sit-down interview with the actress. She's got her rocker boyfriend Jason Boesel for company and kisses off screen, though he hasn't accompanied her on the red carpet at her latest string of high profile events like last Saturday's star-studded MOCA gala. 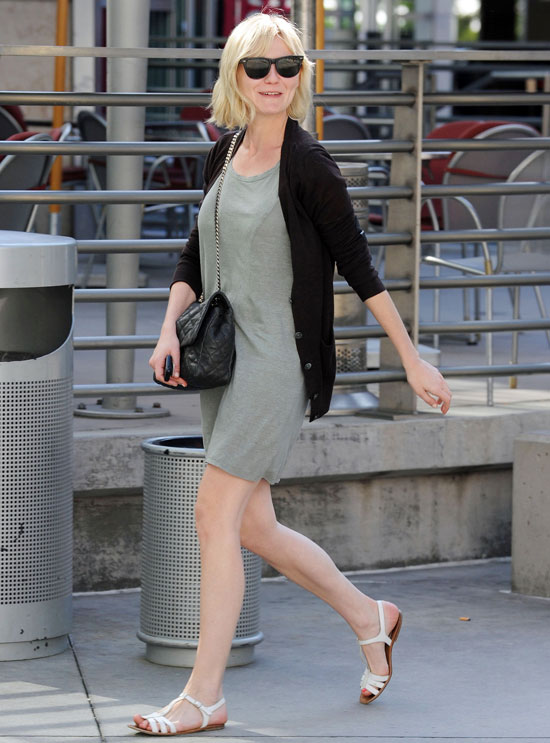