The glamorous dresses were out in force yesterday for the opening of Royal Ascot. Amanda Holden, Danielle Lineker, Holly Valance, Simon Cowell and Michael Owen attended the first day of races. FabUK wants to know which headgear is most fab? The Queen wore yet another hat, after wearing formal attire for the Order of the Garter and celebrating her official birthday at Saturday's Trooping the Colour. She was joined by Prince Philip and Sophie Rhys-Jones, as well as lots of other famous faces, including Kate Silverton, Bear Grylls and Nick Knowles. To get in the mood for all things equine, take my quiz on celeb horse riders. 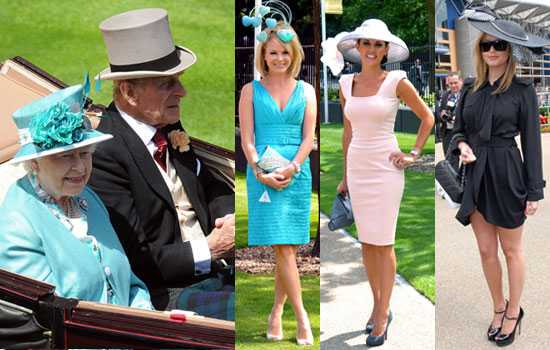 To see loads more pictures of all the famous faces in the crowd, including Frankie Detorri, David Seaman and Frankie Poultney, read more.