Amanda Seyfried looked striking in a shimmering blue dress at the Letters to Juliet premiere in Hollywood last night. Though her man Dominic Cooper was absent, she shared a giggle with costar Chris Egan on the red carpet who looked handsome in his black suit and skinny tie. The release of Eclipse is just around the corner, and Peter Facinelli and Charlie Bewley attended too, adding some more manjoyment to the premiere. Check out Buzz's exclusive interview with Amanda, who she met up with in Italy. 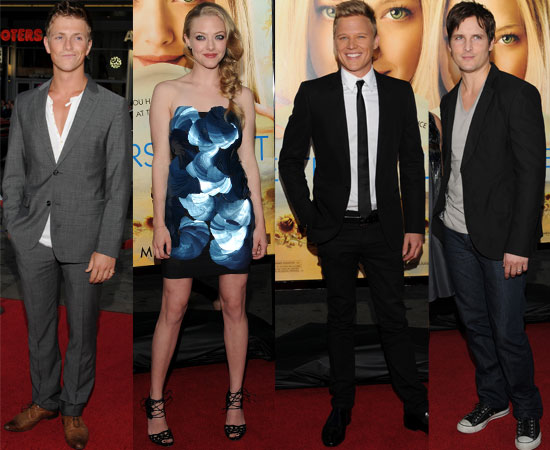