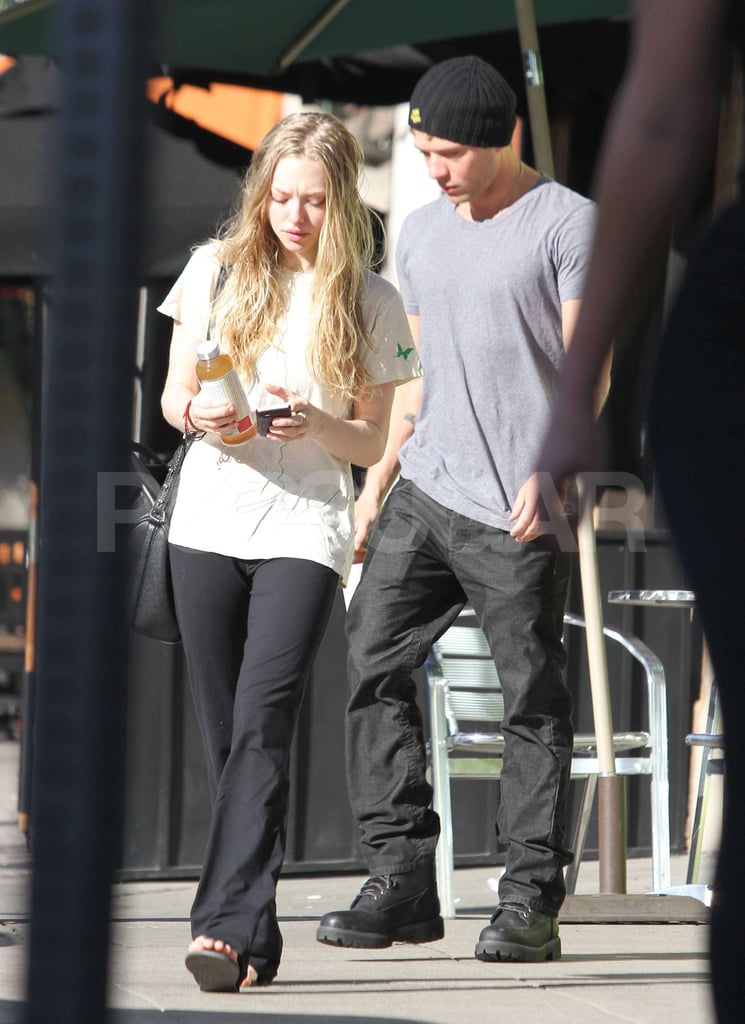 Ryan Phillippe and Amanda Seyfried picked up a bottle of Kombucha in West Hollywood on the way to Ryan's home yesterday. The actors have been dating since Halloween, and have enjoyed shopping trips and PDAs on the set of her film with Justin Timberlake. Amanda will be getting into promo mode soon, as Red Riding Hood is released in a couple of months. We've already had a first look at the film, and a new trailer has just been released.