Amy Winehouse had her assets on display as she walked through Soho with her new man Reg Traviss last night. The couple attended a Universal Music party and then headed on to her favourite hangout Jazz After Dark. Amy apparently checked into rehab on Friday after Reg reportedly told her she drank too much. She seemed sober as she left the club at 2am, holding onto Reg's arm as they got into their cab. 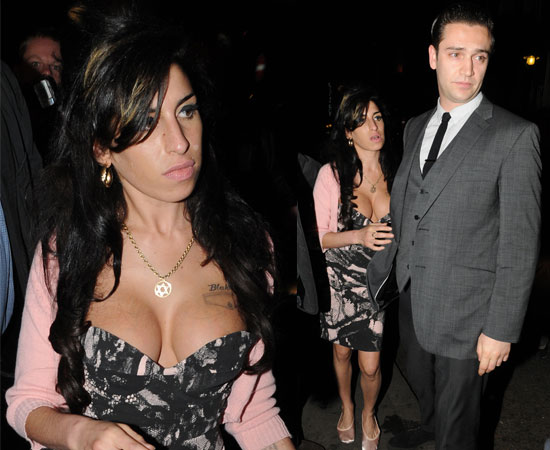