Amy Winehouse was out in London last night, looking healthier as she sported her familiar beehive and ballet pumps look. She performed on Strictly Come Dancing at the weekend as a backing singer to her talented goddaughter Dionne Bromfield, and while at the studio she told presenter Bruce Forsyth that he'd apparently caused her nightmares when she was a child! After seeing him as a villian in movie Bedknobs and Broomsticks Amy claimed she had seven years worth of bad dreams about him. Hopefully they were cured by the time they met on Saturday night! 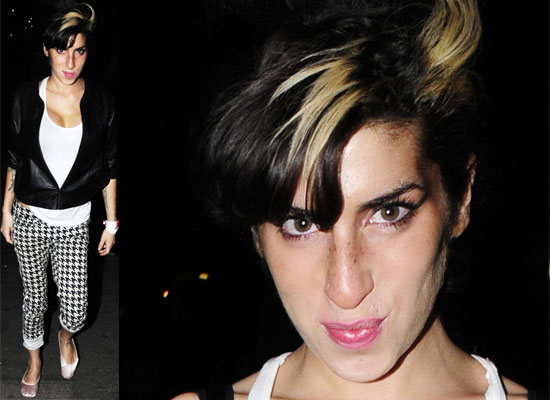