Reg Traviss was full of smiles yesterday before arriving at a pub and seeing Amy Winehouse inside. Instead of going in to see his once girlfriend, he looked through the window and then turned on his heel. On Sunday he was spotted holding hands with his ex Ravon Isis Holt. Amy emerged from the pub later in her animal print dress, after wearing a black low-cut top for a shopping spree in Selfridges earlier in the day. 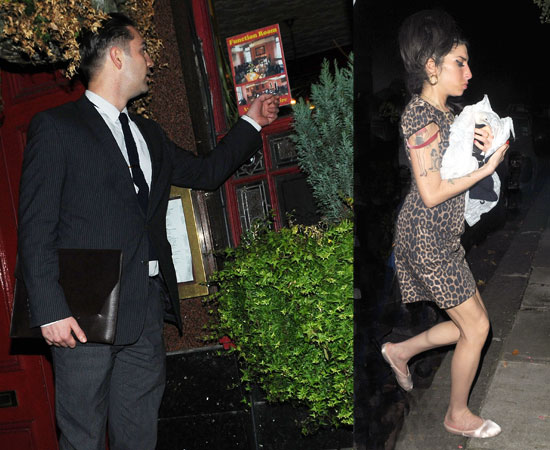