Amy Winehouse was all smiles at the Prince Charles cinema last night as she supported her man Reg Traviss. He directed Psychosis, which premiered last night in London. The movie will be released on DVD on July 19. Amy wore a purple dress and a big smile as she arrived at the venue, and then went on to a club with her boyfriend afterwards where she swapped her Louboutins for ballet flats. 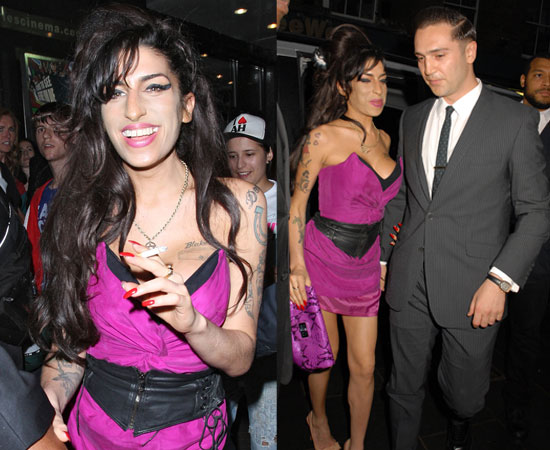