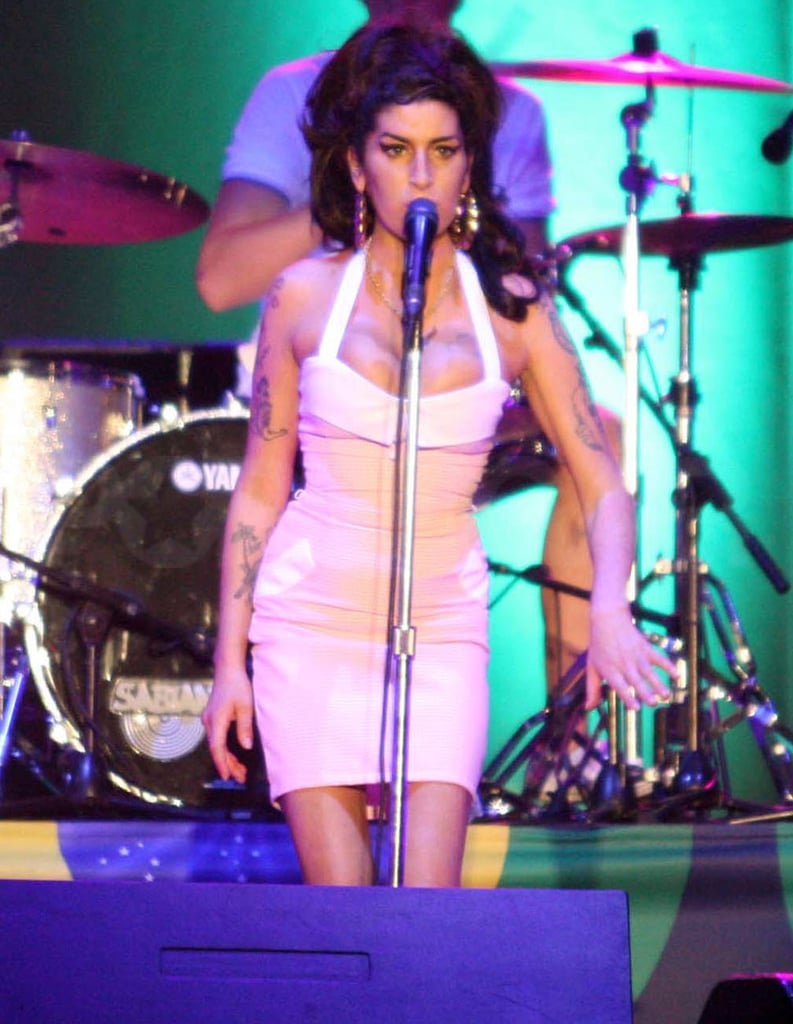 Amy Winehouse looked fab in a cute gingham dress on stage in Brazil this weekend as she performed her first full show since 2008. She wore her hair up in a high ponytail as she performed some of her most famous hits including "Back to Black" and a few covers too. Amy's reportedly earning £5million for the five date tour, and before she went on stage she was visited at her hotel by Rolling Stone Ronnie Wood, who flew in from Uruguay to see her.