Anastacia took a break from her judging role on Don't Stop Believing to enjoy the sun in Porto Cervo, Sardinia over the weekend. She stretched out on a lounger at the Hotel Pitrizza after her concert at Hotel Cala di Volpe. The singer was happy to show off her bikini body, including the scar on her stomach following an operation to treat Crohn's disease. She said: "I used to be ashamed of this scar but by the time I was 30 I didn't mind flashing my belly. To me the scar is like a war wound — it proves I survived." Anastacia's been enjoying her time in the UK too, attending premieres and appearing on our TV screens on Five's new talent show. 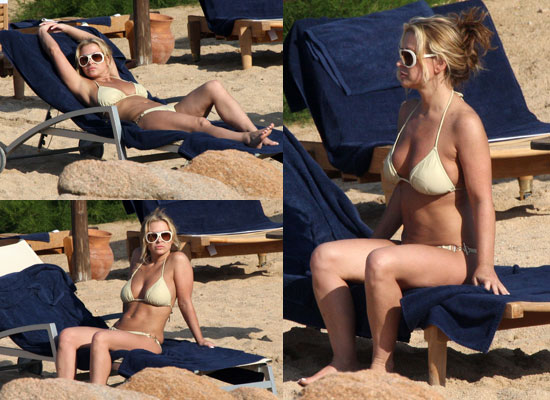