Isla Fisher was joined by her costars Andy Serkis, Simon Pegg and Jessica Hynes for the world premiere of Burke and Hare in London last night, after wearing grey at Radio One earlier in the day. They shot the movie in Scotland at the beginning of the year, before Isla married Sacha Baron Cohen in March and showed her baby bump in April. She revealed she suffered with severe morning sickness during filming, and the couple welcomed their second child at the end of the Summer. Isla was spotted in London earlier this month, and last night's premiere was her first official postbaby appearance. The black comedy is released at UK cinemas on Oct. 29: check out the trailer and let me know if you'll see it! 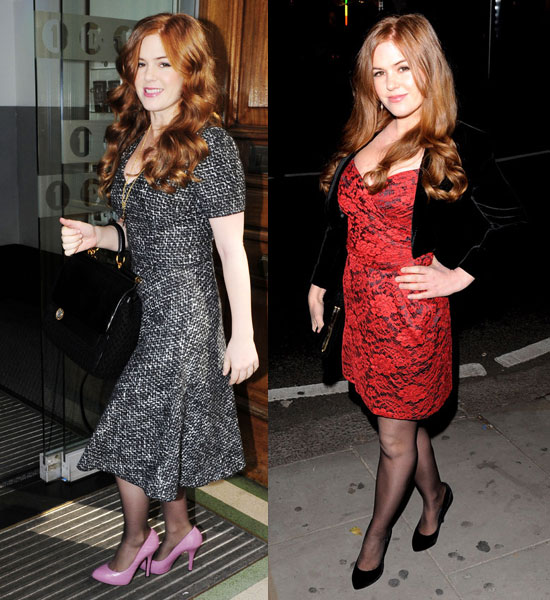