Angelina Jolie focused on set yesterday as she shot scenes for the new film she's directing in Hungary. Earlier this week she was spotted on set with her man Brad Pitt, but she was focused on the cast and crew as she bundled up in a quilted coat. She's been banned from filming her movie in Bosnia — it's a love story that takes place during the Bosnian war — but was still all smiles as she worked on her project after the news was made public. 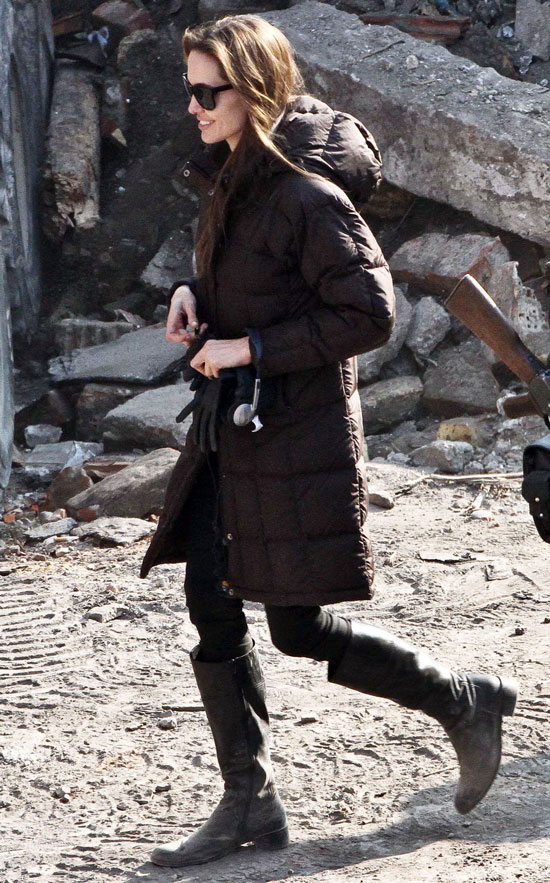