Angelina Jolie arrived at Heathrow Airport yesterday on her way to Pakistan from LA. She is on her way to meet victims of the flood as goodwill ambassador for the UN, and reportedly plans to film more appeals for funds. The actress has already filmed a PSA calling the disaster "an economic and social catastrophe", after raising awareness at the UK premiere of Salt. Over the bank holiday weekend Angelina was in New Orleans while Brad Pitt focused on his Make It Right campaign five years on from Hurricane Katrina. She took the twins to visit Brad on the set of Moneyball last week, but is travelling without her family for this trip. 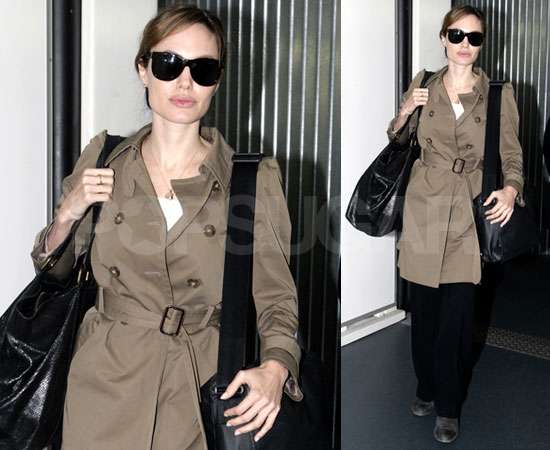 Angelina Jolie
Around The Web