Angelina Jolie continued her work in Pakistan this morning by hosting a press conference in Islamabad. She's in the country to draw attention to the plight of those displaced from their homes due to flooding, and yesterday she toured a camp that shelters some of the affected people. The suffering Angelina has seen on her visit has brought her to tears, but she's optimistic that the press she attracts could help. She said, "There's lots of speculation about why this one has not gotten the attention it deserves. Even all of the wonderful coverage. . . is not getting the response that usually it's able to get." She also spoke about a Florida church's controversial plans to mark Sept. 11 by burning the Islamic holy book the Koran, saying, "I have hardly the words that somebody would do that to somebody's religious book." 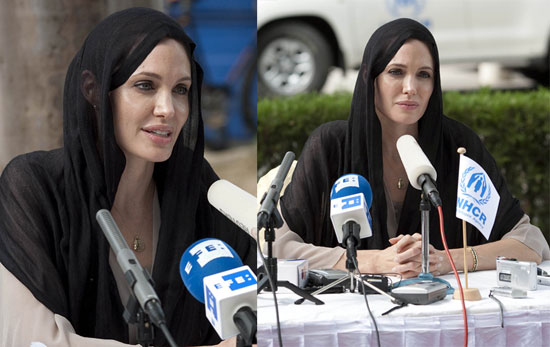