Angelina Jolie arrived in Japan yesterday and later on she attended a press conference for her latest film, Salt. Twitter is abuzz with the news that she's joined the social networking site, although she's currently not following anyone and her account is locked. It's expected she'll use it for her charity work, though we'd all love to get a daily insight into Casa Brad and Angelina! She did some intense training for her role, and it looks like it's paid off as it got to number two in the US box office, and Rob Pattinson went to see her action packed movie. 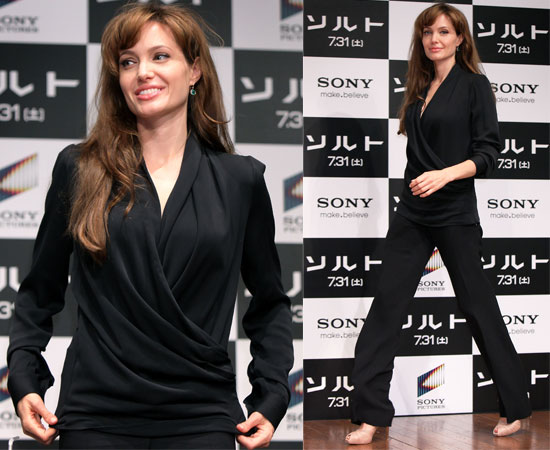