Angelina Jolie was in Cancun last month to promote her movie Salt, and while there she made time for an interview with the British fashion publication Stylist. Her kids Shiloh, Maddox, Pax, and Zahara also made the trip to Mexico, and they later joined her for the rest of her worldwide press tour. The family is now in Northern California for a few weeks as Brad Pitt works on Moneyball. Angelina spoke to the magazine about her family life, how she and Brad manage to fit in alone time, and Shiloh's much-discussed style. She said: 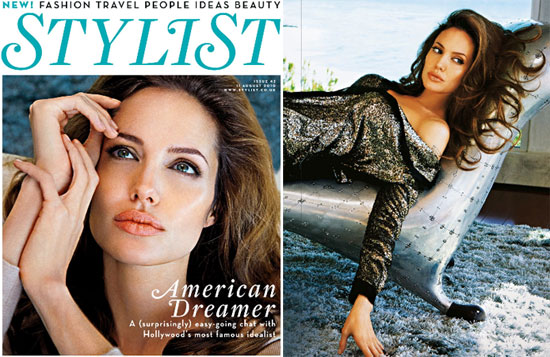 To read what Angelina has to say about needing to be more laid back, her cooking skills, and quitting acting, just read more.