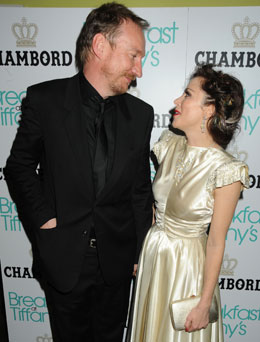 Anna Friel and David Thewlis have reportedly parted ways after nine years. The couple were apparently driven apart over the last six months due to work commitments.

The Brookside and Pushing Daisies actress's three-part ITV drama is due to air in the Spring, while David recently finished his part as Remus Lupin in the Harry Potter movies. They attended the Harry Potter wrap party together back in August, and both starred in London Boulevard. David and Anna have a five-year-old daughter, Grace. Anna's spokeswoman refused to confirm or deny the breakup reports.