Ashley Greene smiled as she strolled through West Hollywood yesterday. The Twilight star has been in Louisiana filming Butter. Although she had fun with Ty Burrell on set, she's thrilled to be home, tweeting her excitement at being cuddled up with her puppy. She'll be back in Eclipse mode as the cast continue to promote the film, which she describes as "amazing". There's now an Alice Cullen barbie but there might be no Ashley as Alice in Breaking Dawn. Reports suggest Ashley and Kellan Lutz are holding out for more money, and with Summit reportedly unwilling to budge, rumours are swirling about possible recasting. 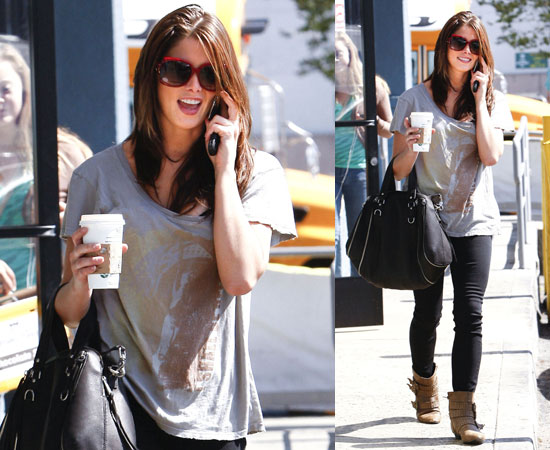