Ashley Greene went for a work out in Studio City yesterday without her gym buddy Nicole Richie. She's been enjoying romantic strolls with Joe Jonas on the West Coast, following their stay in NYC over the weekend. They watched Elf on Broadway and Ashley tweeted about how great it was, adding "I love Christmas". The couple reportedly plan to spend the holidays together too. Ashley attended a Mark event while on the East Coast, and the actress also had fun on George Lopez's show. She chatted about Joe, her plans to return to Breaking Dawn after Thanksgiving, and her phobia of Santa Claus: watch her interview after the jump! 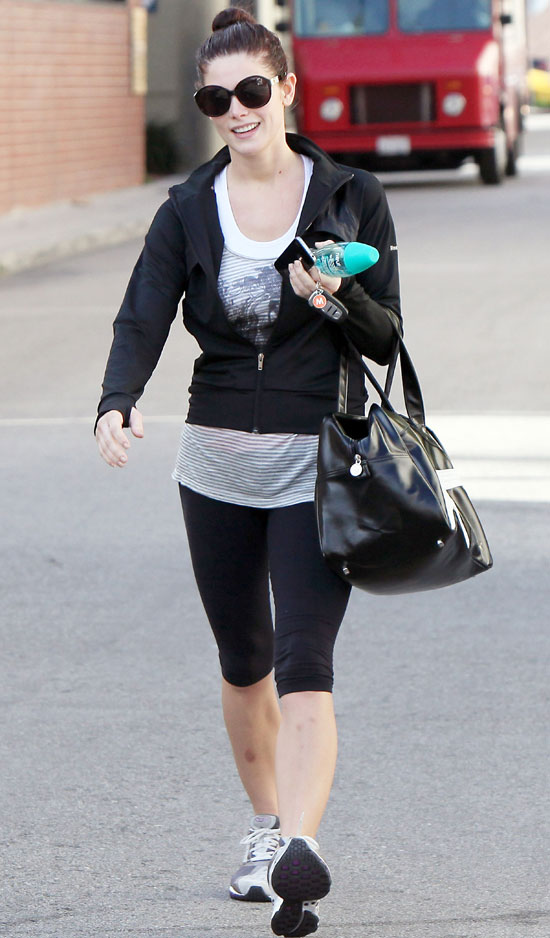