Ashley Greene and Joe Jonas were out in LA together yesterday, taking a walk arm in arm. We'll see the Breaking Dawn cast back together on set in just over a month, but yesterday Ashley's costar Kellan Lutz kept in shape playing ball, while Robert Pattinson arrived back in the US with his friend Tom Sturridge. Joe and Ashley went on to do some shopping at D&G, leaving with lots of bags. Joe looks set to be even busier as he's set to guest star on 90210 and go solo — perhaps we'll see Ashley visiting him during his solo tour, like she did during the Jonas Brothers' concerts and softball games. 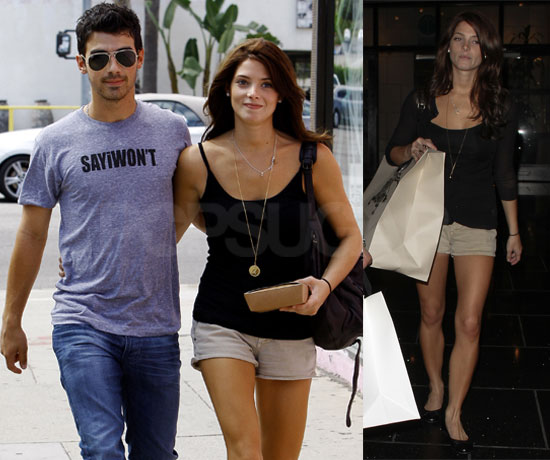