Ashley Greene chatted on her phone as she went for lunch at Sushi Dan in Studio City yesterday. The Twilight star hit the headlines this week when it was reported she might not return as Alice in Breaking Dawn due to pay rise negotiations breaking down between Ashley, Kellan Lutz and Summit. The casting is still up in the air and it's got lots of fans rattled. You guys are evenly split on whether you'd still see the film without Ashley and Kellan. 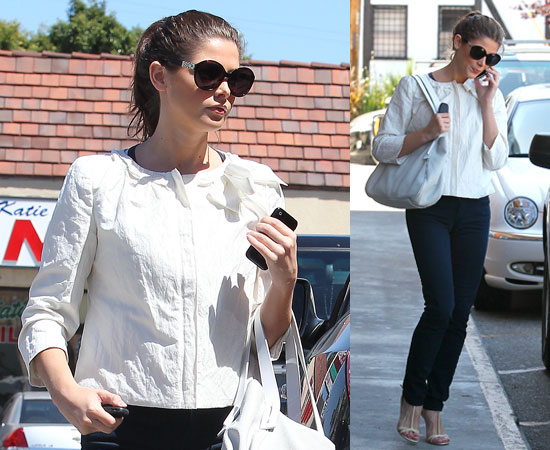