Ashley Greene treated herself to an evening at STK restaurant this week, after working out in a lacy bra. She'll be pleased to hear the confirmation that Breaking Dawn will be made into two movies, as last week she said: "I think everyone wants to split it in two, just because it's such a huge story, and we want to kind of actually capture everything and keep everyone happy. But who knows. It's kind of up to the writers and everyone to see what's best, but I'm hoping for two." With her new cosmetics campaigns as well as Eclipse promo duties and other film projects, Ashley's going to be busy before filming for the final parts start. 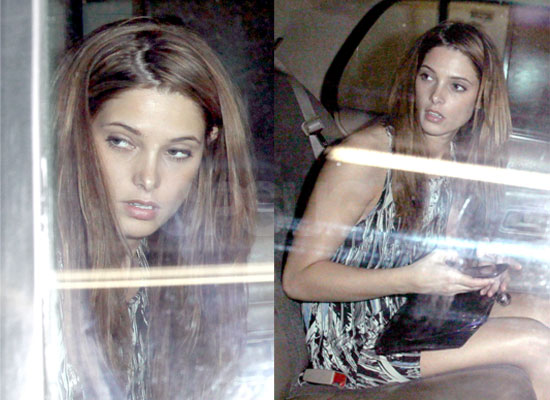