Ashley Greene showed off her new lighter locks as she took a stroll in LA yesterday. She'll be celebrating New Moon's success at the MTV Movie Awards, and although she didn't make it to ceremony itself, she did take advantage of the gifting suites. Ashley has good news of her own too, as she has been revealed as the new face of Avon. She tweeted her excitement about becoming the spokesperson for Mark. The Eclipse star has already started on promo duties for the movie, and will be getting even busier as the release date gets ever nearer. 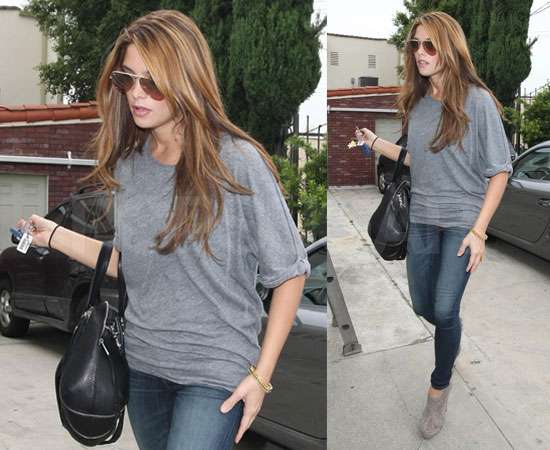