Ashley Greene wore jeans and black ballet pumps as she arrived in "beautiful" Paris on Saturday. She kept the same shoes but switched into short shorts to explore the city she loves yesterday. Today Ashley was in costume wearing knee high boots as she filmed scenes for LOL. The actress is continuing to catch attention with her wardrobe for this movie, which also shot in Detroit. Ashley's been spending her downtime between takes hanging out with Joe Jonas, watching him play softball with his brothers in Coney Island and Newark. She also took in a Jonas Brothers show in Michigan last week. Once Ashley's memorable trip is over, she'll start gearing up for Breaking Dawn, which promises to be very memorable too. 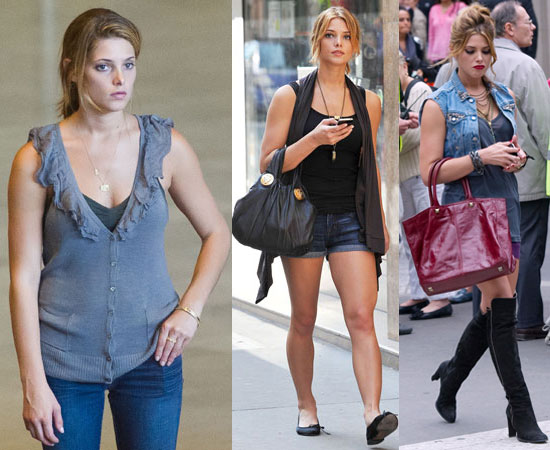