Ashley Greene was out in the LA sunshine yesterday, doing some shopping for some new workout gear. She showed off her toned bod in some skintight tops, one blue and one black as she browsed the racks and left with a couple of bags. Meanwhile one fellow Cullen, Robert Pattinson, was getting all cut up for a photoshoot in the same city, while another was singing her praises. Kellan Lutz said it was amazing seeing her transform to play another character alongside him in Warrior. 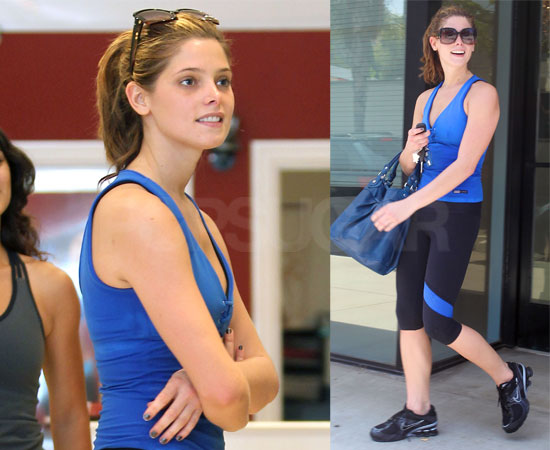