Ashley Greene and Xavier Samuel premiered Eclipse in Madrid last night, following their photocall earlier in the day. They were joined by director David Slade, who fooled around with them on the red carpet, and all three will travel to our shores for the London premiere on Thursday. Ashley managed to fit in a workout over the weekend, and made time for kisses with Brock Kelly before heading to Europe. Our continent has also been graced by Kristen Stewart and Taylor Lautner, who visited Rome, Berlin and Stockholm. 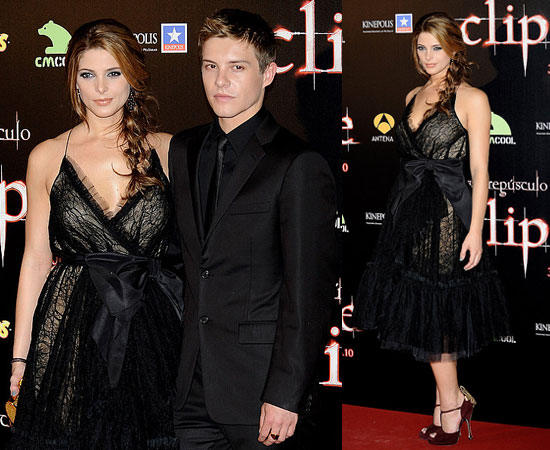 To see more photos of Ashley, Xavier and David at the premiere, just read more.