With the release of the third Twilight movie almost upon us, Ashley Greene and Xavier Samuel are in Madrid today and appeared at a photocall for Eclipse. The big LA premiere took place last week, with all the stars attending just after Kristen Stewart and Taylor Lautner got back from Europe. Ashley went to the gym and was spotted saying goodbye to Brock Kelly with a kiss before flying to Spain. Smiling Xavier looks just as hot as he did wet in Interview. We'll see them later this week at the UK premiere! 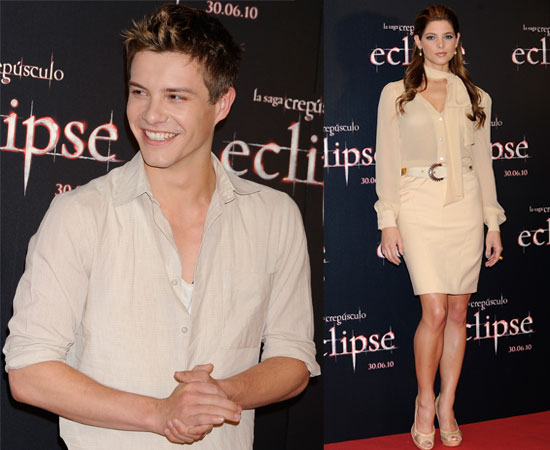