Mary-Kate and Ashley Olsen joined their Full House buddy Bob Saget for the annual Cool Comedy, Hot Cuisine benefit at Caroline's in NYC this week. The Olsens also supported Bob at the event last year, and yesterday they had the additional company of funny guys Jerry Seinfeld and Seth Meyers. Mary-Kate and Ashley were back out on the town after their recent stir-causing appearance at WWD's 100th anniversary party. They've stayed particularly close with Bob in the years since their series ended, turning out to toast his various ventures into movies and celebrity roasts. 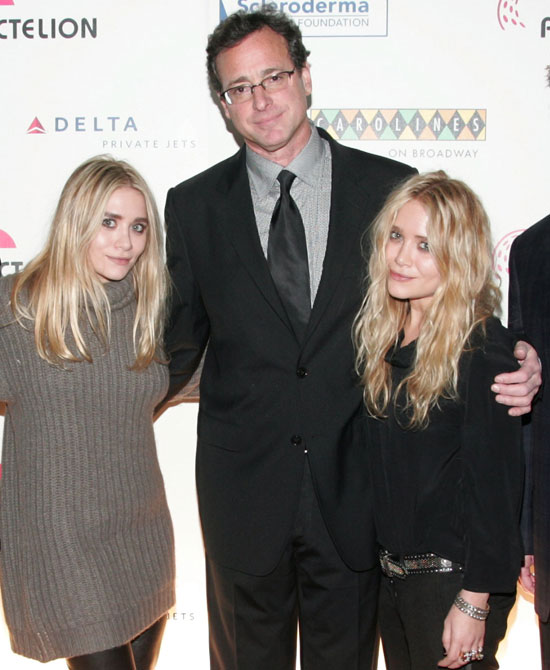 To see more of the Olsens, just read more.