Ben Affleck was front and centre yesterday morning at their photocall for The Town during the Venice Film Festival. He joined Rebecca Hall and Jeremy Renner posing for photos, but their costar Blake Lively stayed behind in NYC to meet up with her pal Anna Wintour at the Fashion's Night Out catwalk show. Jon Hamm made his way to join his cast and director after being in London on Tuesday for the GQ Men of the Year Awards. Ben's been in Italy for a few days already and has been busy promoting his project with various photo ops. He arrived in Europe over the weekend for the cinema event, as did his brother, Casey, who's busy showcasing I'm Still Here. The Affleck brothers also recently had some fun family time together in LA, where they brought their kids together for a cousins' playdate. 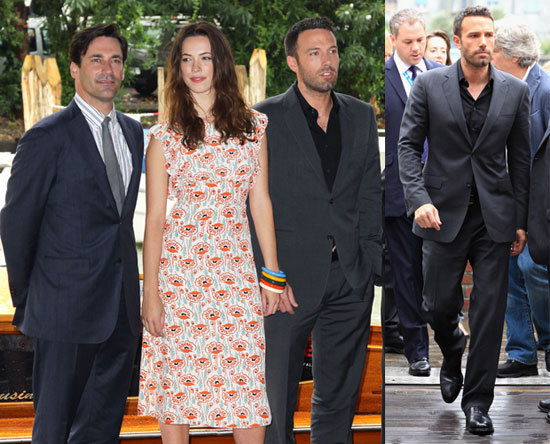 To see more pictures of Ben and the gang, just read more.