Jay-Z was casual in black last night as he left Locanda Locatelli's restaurant in London, while Beyoncé Knowles waited for her man in the car. She was holding her phone and showing off some sparkly purple nails. Jay-Z stuck up for President Obama after the midterm elections in the US, and also commented on a battle he unwittingly started with MC Hammer after the latter took Jay's words on a Kanye West track as a diss. He chatted to DJ Semtex on 1Xtra, stating that he says great things about MC Hammer in his new book: "He's gonna be embarrassed, I said some really great things about him and people's perception of him. . . But it is what it is, he took it that wrong way, and I didn't know I said anything wrong!" 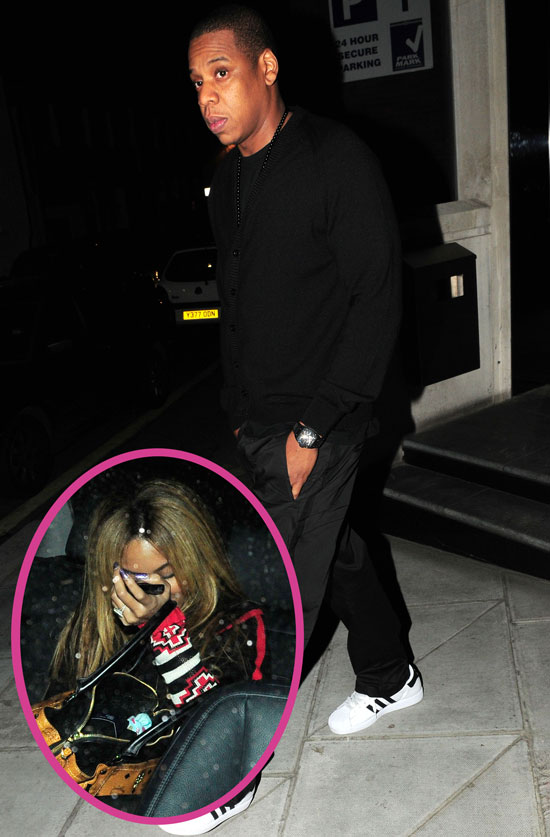