Beyoncé Knowles picked a short dress to celebrate the release of I Am . . . World Tour, a film based on her last series of concerts, in NYC yesterday with her parents, Matthew and Tina. It was a big night of family for Beyoncé, as it was recently announced that Matthew and Tina have called off their plans to divorce. Beyoncé's own husband, Jay-Z, skipped out on the red carpet following his busy week of interviews to promote his new project Decoded. Beyoncé has also had a packed schedule lately, and this evening she's expected to hit the party circuit again to celebrate a line of jewellery from Lorraine Schwartz. 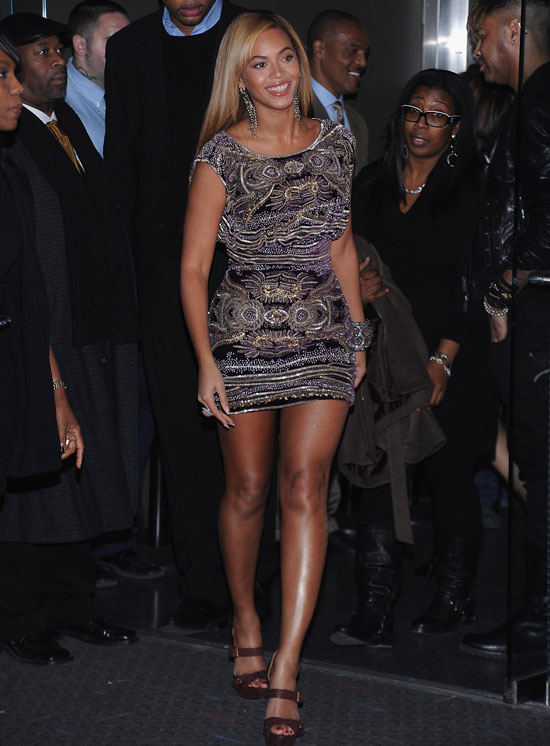