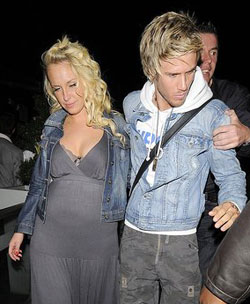 Big Brother 11 lovebirds Josie Gibson and John James Parton have reportedly got their own TV show. Their fly-on-the-wall programme, called Josie And John James: What Happened Next? will air on Channel Five next Monday at 10pm. It will follow the pair as they move in to a flat in Chelsea Harbour in West London.

The couple have been inseparable since Josie won BB11 and walked out of Ultimate Big Brother. They've attended wrap parties and reunions together. The majority of you were interested in the idea of Chantelle and Preston getting a series, so what about Josie and John James: are you interested in their show?