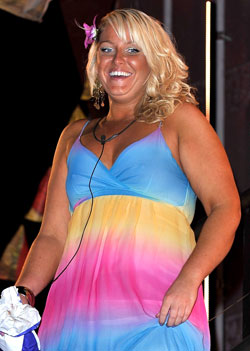 Big Brother 11 winner Josie Gibson has left the Ultimate Big Brother house! She quit the show in the last few minutes, after telling her new housemates that she misses the old gang. She left at 15:20 this afternoon.

Josie won BB11 on Tuesday evening, and went straight back in to the house to be joined by 10 former contestants. The Bristolian had fun getting to know her new housemates, including former winners, on the first evening. She got tearful as time went on, however, as she felt out of place. We'll miss you Josie!

In other UBB news, it has been revealed that the bedsit is back! The two former housemates who are entering the show on Friday are still officially a secret, but rumours suggest it will be Michelle Bass and Victor Ebuwa.