Famous faces attended the CFDA/Vogue Fashion Fund Awards in NYC yesterday. Ashley and Mary-Kate Olsen stayed warm in their signature furry jackets, while Carey Mulligan bared her arms and legs in Chanel. Carey reportedly burst into tears, as she received a call from Baz Luhrmann whilst at the event offering her the part of Daisy Buchanan in the director's remake of The Great Gatsby, a role Blake Lively was also in the running for. Blake was joined by her Gossip Girl costars Leighton Meester and Ed Westwick, who attended yet again. Billy Reid was the winner of the fund, and Stephen Moyer and Anna Paquin toasted his success. 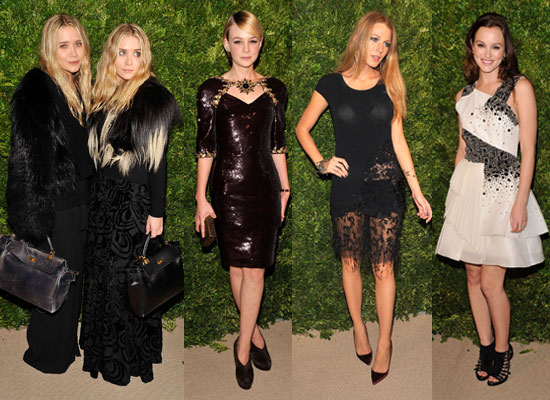